Attack of the Zombies from Genesis Gaming: Slot Review - for the thrill-seekers...

Attack of the Zombies by Genesis Gaming was released just in time for Halloween. The great free spins feature makes this game one to play throughout the year.
attack of the zombies casino game review genesis genesis gaming Halloween slots 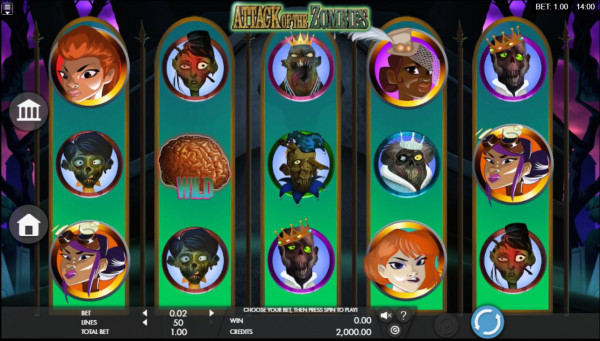 Attack of the Zombies: an impressive slot machine

The timing is good. Genesis Gaming released Attack of the Zombies just in time for Halloween. However, going by first impressions, I imagine this slot machine will be here to stay. The graphics are impressive and the technology ensures that the reels spin seamlessly without ever lagging. The game is set in London. To be precise, in an old London at a time when zombies wreak havoc in the city, eat brains and steal treasures from their victims. This is implemented on 5 reels with 50 paylines and an RTP of 96.37%.

As one imagines, the zombie theme is great to create some bonus games around it. Genesis Gaming implements this with the Antidote Free Spins feature, which is by far my favourite bonus in the game. A player simply has to receive three scatter symbols. Then all four Zombie Hunters in the game are turned into zombie versions of themselves. This isn’t just a graphical spectacle but also influences a player’s potential to win positively. The Antidote symbol on reel three cure the hunter and turn him into a wild symbol for the remaining free spins.

Get the most out of this online game

As one expects of Genesis Gaming, this online slot machine comes with pretty cool features that help players enjoy the game. I tend to use autospin from time to time, and tend to play with a medium stake. Furthermore, this slot is a great game to be played on the go. The mobile version is impressive and the technology Flash and HTML5 optimised.

Attack of the Zombies may make you rich

In short: Cool theme, good potential for high winnings. As such, Attack of the Zombies will be added to the list of must-plays by Genesis Gaming. There may not be as many bonus features as in other games. This, however, simplifies Attack of the Zombies, which can be welcome change from many of the feature-heavy slots that are popular at the moment.