Rabbit in the Hat from Microgaming: Slot Review - can you pull the jackpot out of the hat?

GamingRevolution tested Rabbit in the Hat, an online slot game by Microgaming. The game provides exciting features, triggering the reel to turn wild or free spins to be awarded to players.
casino game review microgaming rabbit in the hat slot machine slots

A great name for a casino game. Rabbit in the Hat captures the essence of Las Vegas and the beauty of trying your luck succinctly.

The game has 5 reels and 9 paylines, which is relatively simple. Yet, as I know, can be relatively profitable and fun to play. 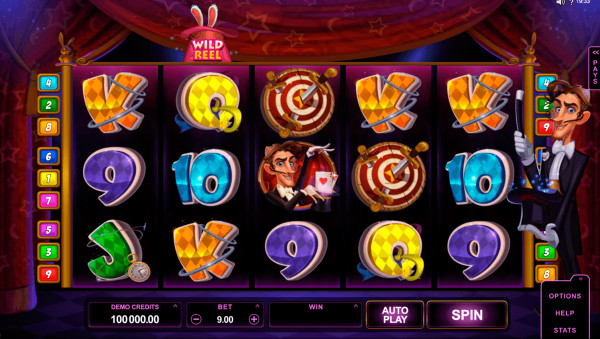 Top Casinos for Rabbit in the Hat

More Top Casinos for Rabbit in the Hat

My favourite feature is the Magic Hat feature. I love the feature so much because there is a great chance of you receiving it. To put it in numbers, the chances are one in five. Additionally, the fact that the hat feature serves several functions, makes it even more fun.

First, the Wild Reel Hat turns the entire reel wild. Second, the Free Spins Hat triggers 10 free spins, and can even retrigger further spins. Next, there is the Cash Hat, which as the name indicates, awards a random cash prize. Lastly, the Mystery Hat randomly awards one of the aforementioned bonuses.

You can see now why I love the feature as a whole, and cannot make up my mind whether it’s the Mystery Hat or the Cash Prize Hat.

Best Welcome Bonus for Rabbit in the Hat

More Bonuses for Rabbit in the Hat

The Microgaming slot game looks great. The graphic of the magician, who acts as casino croupier, is class. His outfit is reminiscent of Willy Wonka, without the purple! Willy Wonka’s side-kick reminds of a blonde Betty Boop and holds the placard whenever a player hits some free spins. The graphics really are top-notch in this slot game, but the features are also pretty impressive.

As noted, this game only offers 9 paylines. Some players, including myself, like this; others don’t. My view stems from experience. Games which have simple paylines often offer the more interesting bonus features. Rabbit in the Hat is further proof of that. Given that it’s not the payline wins I am after per se, but receiving one of the hat symbols, I tend to choose the ‘Auto Play’ option and tamper less with the value of the coin. I keep it at a nice median level and let the reel spin 10 times. Other 'Auto Play’ options are 25, 50 and 100 spins, as well as manually setting a number of spins or letting the reel spin until the player presses stop. The latter, I frankly do not recommend. Imagine leaving your house absent-mindedly and leaving the reel to spin. That sure would drain your casino funds.

Our Verdict on Rabbit in the Hat

Rabbit in the Hat is one of my favourite Microgaming slot games released in 2015. The graphics are cheerful and the sound effects quite good. The big bonus, however, is the bonus feature this game offers. It is bound to excite players, given how relatively high the probability is that you will receive a hat feature symbol.