Your choice of character:


Your choice of realm:

Triggering the Battle Bonus lets you keep spinning as long as your character has health or until you have defeated all three monsters. After each free spin, battle reels spin for the character and current monster. Battle reel symbols do damage, protect against damage, or stun. See the paytable for details. Defeat three monsters to earn 1, 2, 5, or 10 Victory Spins. The number of Victory Spins depends on the character, the realm, and the number of spins it took to defeat the third monster.

There are four achievements available in the game: 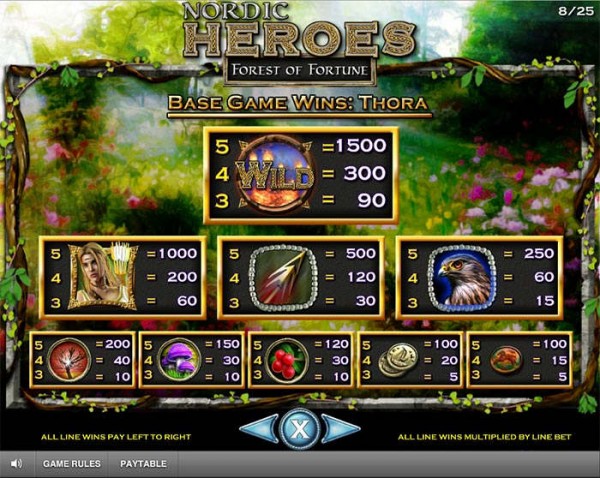