A history of playing cards - where did the joker come from?

An in-depth look at the history of card games. 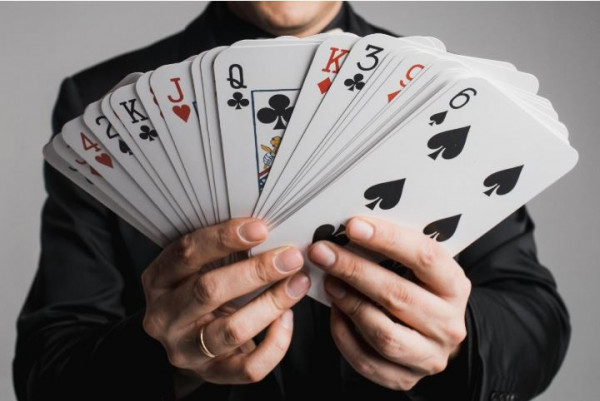 The jokers are generally considered the most pointless cards in a pack of playing cards, mainly because they rarely ever feature in games. Games like Euchre, Rummy, Go Fish and War use the jokers; but the majority of games - and certainly online casino games - will not use these cards.

Card games that feature in casinos will never use the jokers, meaning you won’t be playing poker or blackjack and stumble upon one. If you do, then chances are the casino has messed up somewhere and the game will be restarted. If you’ve ever wanted to know the origin of the humble playing card, then keep reading on to discover just how such a simple object became a worldwide phenomenon.

It was in 10th century China that playing cards are believed to have originated, and they have very few similarities to the 52-card packs we use today. Despite spreading from China to India and Persia, it wouldn’t be until 400 years after they were created that they reached Europe when they were imported from Egypt by Spanish and Italian merchants.

It was in the 15th century that playing cards made their way to Great Britain, and by this point, they were beginning to resemble the cards we play with today, as the familiar suits began to appear. This was down to the French manufacturers who were producing the cards and shipping them over to Britain.

For 900 years, the traditional deck of playing cards was made up 52 cards – four suits with 13 different value cards, ace to 10 and jacks, queens and kings. This would all change in the 19th century when the jokers were introduced. The two jokers found their way into decks of cards to make up 54 cards, and it’s thanks to American Euchre players that we have the jokers. While modifying American Euchre, the players decided that an extra trump card was needed and the “Best Bower” card was born. It is generally believed that Samuel Hart printed the first illustrated edition of the card in 1863.

By the end of the 1860s, the “Best Bower” cards had the word “Joker” printed on them in American packs, and players began referring to the cards as the jokers. While American packs had these cards by the end of the ‘60s, European decks of playing cards wouldn’t see the jokers until the 1880s. The origin of the name “Best Bower” is believed to have come from Germany and the German word “Bauer”, which means both “farmer” and “jack”. By using the latter meaning, the jokers become the best jacks.

Jokers are depicted as traditional court jesters and are often unique to the company designing them, complete with the company’s brand imagery. Due to the lack of games the jokers are used for, they are allowed greater creative freedom when designing them.

There is the rich history of a pack of playing cards, travelling from the eastern world to the west in around 400 years. While they are a far cry from what they were at the very beginning, one thing remains the same; they bring joy to everyone who plays with them, whether it’s a game of Go Fish, using the jokers, or a game of poker.

Check out some free spins no deposit in the UK if you’d like to enjoy some casino fun.