A look at the history of the Slot Machine

Learn about the history of the slot machine and what it is called in different parts of the world.

Slot machines are loved by players all over the world as they play them in online casinos, amusement halls, real casinos, and now thanks to the technology on mobile phones as well. First things first, let’s delve into the history of Slot machines.

The first ever Slot machine was developed all the way back in 1891 by Sittman and Pitt of Brooklyn, New York. It was fairly basic as you can imagine and it contained 5 drums that displayed a total of 50 card faces and this machine was primarily based on poker. The machine proved to be an instant hit in the various bars and clubs of New York. So much so that most of these bars had more than one machine. Unfortunately, this machine was not capable of giving out payouts for all possible winning combinations.

This was solved somewhere between 1887 and 1895 when Charles Fey of San Francisco created a machine with three spinning reels instead of drums. The machine was called Liberty Bell and the symbol of this machine is widely used in many slots today. 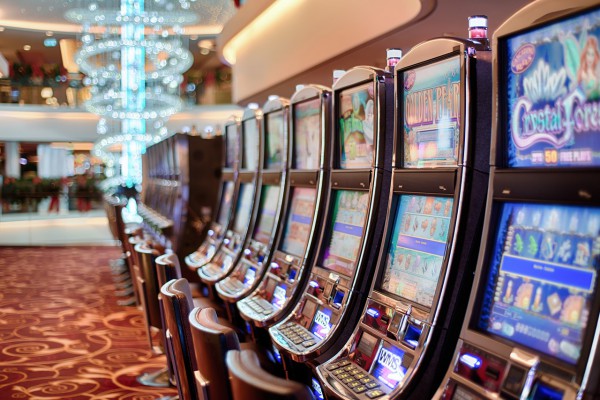 Racing forward a few years, in 1963 Bally released the first fully electromechanical slot machined called Money Honey. It had a bottomless hopper and could pay out up to 500 coins without the need for an assistant. The first real video slot machine was released in 1976 by a Las-Vegas company called Fortune Coin Co. It became hugely popular in the Las Vegas strip and the technology was purchased by IGT who are still creating popular slots to this day. So onto the actual name of this famous machine.

For starters, in England and Ireland, they are commonly referred to as “Slots”, “Fruit machines”, or “Slot machines”. The reason they are sometimes called “Fruit Machines” is because the reels contain fruit symbols such as cherries, lemons, and plums. In Scotland, they are strangely known as “Puggys”.

In Australia and New Zealand, they are actually called “Pokies” and this is a short abbreviation of the term “Poker Machine” but they are officially called “Gaming Machines”.

In a country like Japan, they are referred to as “Pachislo” which is an amalgamation of the words “Pachinko” and “Slot Machine”. Pachinkos are vertical pinball machines and hugely popular in Japan where players actively play them in buildings known as Pachinko parlours.

In America and Canada, Slots are known as “Slot Machines” but also “Fruit Machines” and also the fantastic slang word “One Armed Bandit”. Personally, I always liked this slang word as it is a very imaginative way of describing a slot machine. “One Armed” refers to the physical lever you pull in order to get the reels spinning.

The last way of describing Slots in a lot of countries is the rather informal term “AWP” and this is an abbreviation of the words “Amusement with Prizes”. It does not really roll off the tongue like “One Armed Bandit” but it is worth knowing anyway, in case you ever hear it being mentioned.