Read all about Unfold Poker here and now!

We have all had a time in our lives where hindsight would have been a wonderful thing. We rarely think about the full consequence of our decisions when they are being made, which is why they can lead to unfortunate results.

But now, thanks to PokerStars, you need never feel regret again—in the world of poker, at least. It´s new Unfold Hold'em game mode is the latest invention on the site that is renowned for pushing the boundaries and challenging the typical conventions of poker. It gives players a chance to still win, even when they have folded pre-flop.

Unfold poker is fairly self-explanatory. It is a cash-game variant of regular Texas Hold’em, played in an eight-max format. Players pay the usual blinds, but also must ‘buy-in’ to the unfold pot by paying an unfold ante. Once the hands are dealt, as usual, players either decide if they want to fold, call, check or raise.

When the flop comes, those players who have folded can choose whether to ‘unfold.’ If they do wish to unfold, they must pay the unfold bet, which is the sum of the unfold pot at the time (i.e., the total sum of all of the unfold antes). The decision to unfold is made simultaneously by all players.

From that moment onwards, there are effectively two pots that are live. The main pot is contested among all the players who did not fold pre-flop. Meanwhile, a separate pot for those who did fold is also contested using the same community cards as the main pot—yet the two are unrelated. So, a player in the unfold pot can make a royal flush on the river, while the best hand in the main pot may simply be ace high; yet the ace high will win the main pot, and the royal flush will only be able to win the unfold side-pot.

The main positive about Unfold Hold’em is that it is a new concept. It is a chance to experience poker in an unconventional format while still keeping all the fundamentals of No LimitHold’em and the familiarity that game brings. It is a novelty game, and, therefore, it will undoubtedly be interesting and entertaining, at least in the short term.

Another good point about the Unfold game is that it adds another dynamic to the logic of poker in that there is the potential for players to get additional information and use it to benefit themselves in the hand. For example, when an opponent folds and then unfolds after the flop, inferences can be made about their hand that can help make decisions regarding the main pot, especially as more information becomes available.

When players choose to unfold, 99% of the hand they will either have top or middle pair, or a draw of some sort, as they are not going to unfold with no equity. If pre-flop they folded in the big blind to a 3x raise, it is clear that they won’t have many decent holdings. Therefore, if and when the flop comes 2,4,8 rainbow and they unfold, it suggests that they will have at least a pair on this board. Card removal then comes in to play, as the player’s opponent in the main pot will then be less likely to have a low pair—and the significance of this information is multiplied when more than one player chooses to unfold.

When taking Unfold Poker at face value, it is far from the most complex or eccentric variant of poker out there. Comparing it to PokerStars’ previous new game mode, Power Up Poker, it is a lot more straightforward and definitely easier to pick up. It is one of those games where, if players play one or two hands, they instantly know what is going on.

It is perhaps too far to say we will see Unfold Poker at the World Series of Poker anytime soon. But with the WSOP continuously trying to keep its events fresh by coming up with new and unique ideas for tournaments, who’s to say that Unfold is not the answer for future growth of the series? An Unfold tournament would certainly catch the eye of a few players out there at the moment. 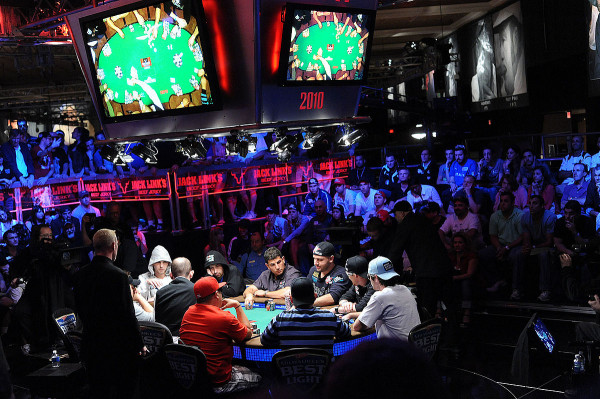 In essence, it’s a great alternative to the regular form of poker. It gets the balance right between being sufficiently unique to offer a break from regular poker game modes, while not being too outrageous and different that players feel they are no longer even playing poker as they know it. Definitely worth a play!