We thought we would never see it again. Is Crouchy about to dust-down his robot dance for one last hurrah?

Betway has offered odds of 3/1 on Peter Crouch reproducing the iconic ‘Robot’ dance celebration when he scores his 100th Premier League goal.

Last week, the 42-times capped England international scored his 36th Premier League goal for Stoke City, and his 99th in total, to move just one short of joining the illustrious 100 club. 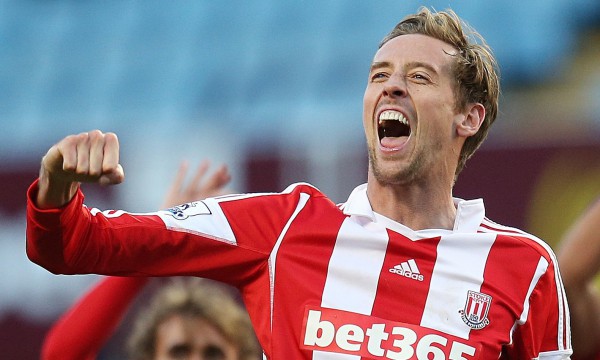 More than a decade on from debuting the ‘Robot’ in an England friendly against Hungary, Crouch is 3/1 to repeat the celebration when he reaches the landmark.

The striker is 100/30 to score the goal against Manchester United tomorrow, 5/1 to get it against Everton on 1 February and 2/1 to draw a blank in Stoke’s next five league games. He is 6/4 to reach 100 with his 49th headed goal.

Alan Alger, PR Manager for Betway, said: “It seems like Peter Crouch has been around forever and his determination to play at the top level deserves to be rewarded. He’s clearly a tricky man to defend against and poses an obvious aerial threat.
“At 6/4, we think the big man is most likely to score his 100th Premier League goal with his head. To mark the occasion, he could well treat us all to a rendition of the robot, which we price up at 3/1.”

In addition to the 36 Premier League goals for Stoke, Crouch has scored 22 for Liverpool, 12 for Tottenham, 12 for Southampton, 11 for Portsmouth and six for Aston Villa.