We take an early-season look at La Liga, and one team's attempt to rattle the cage of the top three.

No prizes for guessing the top three in the Spanish Premier Division after ten games this season. If Real Madrid, Barcelona and Atletico Madrid were squatters they would have claimed the top of La Liga as their own legal property by now.

Valencia was the last ‘other’ team to make the top three at the end of the 2011/12 season. This is significant as it was only midway through that season that Atletico appointed Diego Simeone to replace Gregorio Manzano as head coach. Simeone took Atletico onto Europa League glory six months later and the following season he secured a top-three finish in the league. They’ve never finished below third place since (1st in 13/14, 3rd the next two seasons). 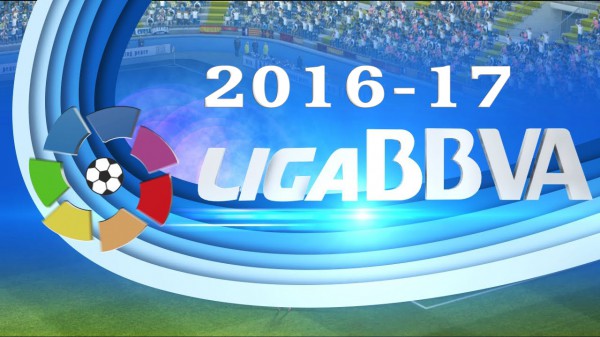 Can Sampaoli Break the Mould?

This season's surprise package is Sevilla. There was much concern in the summer when Unai Emery was tempted away to PSG in Ligue 1, leaving Sevilla after three seasons, having secured an unprecedented three Europa League titles in a row. Over that period Emery managed two fifth place finishes and they slipped to seventh position last season.

Emery’s replacement was the then Chilean national team manager, Jorge Sampaoli. The Argentine had been in charge of Chile since 2012 but was wooed by the chance of managing in Europe, and La Liga in particular. Sampaoli has really hit the ground running, taking Sevilla to 4th in La Liga and topping their Champions League group so far (which you can read more about in our Champions League article here).

Luciano Vietto, Wissam Ben Yedder and Samir Nasri have been standout performers so far for Sevilla. Their season started with a thrilling 6-4 encounter at home to Espanyol. In October they recorded an impressive 1-0 win over Atletico Madrid. Sevilla is yet to meet either Barcelona or Real Madrid in the league. This Sunday night that all changes when Barcelona pay a visit. It may only be at this stage where Sevilla’s true level will be evident.

Losing at home to Alaves, and away to Celta Vigo has stopped Barcelona from racing away at the top. They have had some injuries to contend with also, mainly to Pique and Iniesta, but with the Messi, Suarez and Neymar strike force they are still many people’s favourites for the title.

Real Madrid is the only unbeaten team in La Liga. Zidane seems to be settling in well and his only concern will be about some of the points they have dropped, drawing games they should have won, both in La Liga and the Champions League. Cristiano Ronaldo does seem to be on a gradual decline (still better than most players in the world, though) and Zidane will have to begin thinking about life after CR7 for Real. Overall, Zizou will be happy with their current place at the top of the league but Madrid is coming closer to the end of the Ronaldo era. Wouldn’t one more league title be a nice way for Cristiano to bow out at the Bernabeu?

Barcelona are still hot favourites for the title at 5/6