The heat is gradually being turned up on both bosses. Time waits for no man, but in terms of lacking patience, modern football leaves time behind.

Tonight we have the second Manchester derby of the season. Much like last night’s EFL Cup games, it is the perfect opportunity for Jose and Pep to blood some youngsters and rest the weary legs of their seasoned pros.

This decision may not be taken lightly however with the recent form shown by both sides. Guardiola has gone five games without a win for the first time since 2009, while Mourinho has just seen his United team get taken apart 4-0 at his former home, Stamford Bridge. It was their fourth defeat in 14 games since his arrival.

The heat is gradually being turned up on both bosses. Time waits for no man, but in terms of lacking patience, modern football leaves time behind. 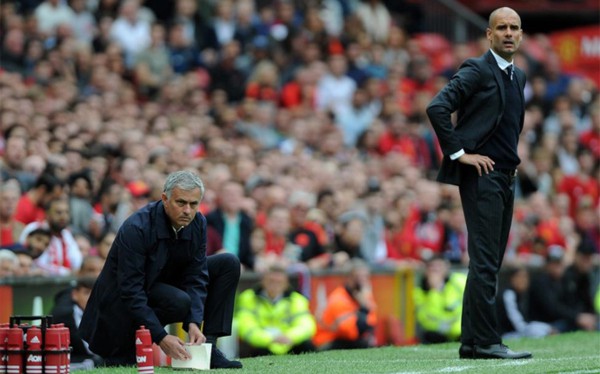 A Lot to Play For

Some consider Mourinho to be a dinosaur in football management terms these days.
Who saw this day coming? Has “The Special One” lost the aura that was central to his man-management style? The pressure is well on truly on him tonight. How will the Old Trafford crowd react if they witness their second home derby defeat this season, before reaching November?

Sadly for Jose, there does not seem to be any quick-fix for United at the moment:


Guardiola, while his team are off form somewhat, has the luxury of being joint-top of the Premier League, but they need to register a victory soon and stop the slide.

It will be interesting when both managers “show their hand” tonight with their starting line-ups. Mourinho needs the win more at this stage to keep the fans on his side. This may mean United field a stronger team than expected in the hope of getting something from the game.

We can fully expect City to have a second string eleven out but this will not make it easy for United in any way. Guardiola’s intensity will not let up for any game and this will be reflected through his youngsters tonight.

I predict City to advance to the quarter-finals tonight.