Shock Djokovic defeat opens the door for Murray in Melbourne

Novak Djokovic’s surprise five-set defeat to Denis Istomin in the second round of the Australian Open has opened the door for Andy Murray to claim a first title in Melbourne.

Murray, the five-time beaten finalist and world number one is now odds-on with the bookmakers to lift the trophy in the Rod Laver Arena on 29 January.

However, it is not only Murray that has profited from the Serb’s earliest Australian Open exit since 2006. SBCnews caught up with William Hill’s Rupert Adams, Ladbrokes’ Richard Marsh and Betway’s Alan Alger to get their take on the outright tournament market and find out which players have been shortened the most in light of his defeat. 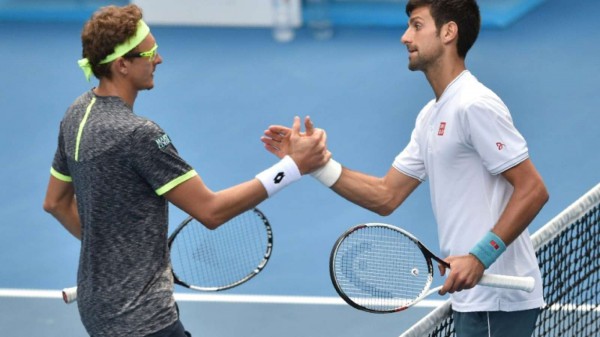 Rupert Adams, Media Relations Manager for William Hill, said: “What was a two-horse race now looks like a one-horse race, with Andy in to 4/5 from 11/8. That said, there is a chance we will see money for Roger Federer and Rafael Nadal in the next couple of days, so we could be in for cracking betting heat.”

Richard Marsh of Ladbrokes News confirmed that over £3,500 was staked on Murray within three hours of Djokovic’s exit, with Milos Raonic dropping from 16/1 to 6/1, Rafael Nadal from 16/1 to 10/1 and Stanislas Wawrinka to 8/1 from 20/1 earlier in the week.

Marsh added: “Nobody foresaw Djokovic’s defeat this morning, but it’s an ace for Murray whose path to a first Australian Open title has just become a whole lot easier. Djoko’s exit has not only blown the tournament wide open, but it’s launched the betting into a frenzy too, with Murray, Raonic, Wawrinka and Nadal all being backed to the hilt.”

Alan Alger, PR Manager for Betway, commented: “Novak Djokovic being knocked out of the Australian Open is one of the best results in the book so far for 2017, but Sir Andy Murray can take the shine off that. Murray is always well supported in the betting and those who punted him at pre-tournament odds of 13/8 will be sitting pretty.
“The Scot is now odds-on at 5/6 and pretty much every penny gained from Djokovic’s loss looks set to be handed back out if he lands his first Aussie Open. As for those creeping into contention off the back of Djokovic’s shock exit, Rafael Nadal has been hot in the betting. We cut him from 16/1 to 12/1 on Thursday morning, but that wasn’t short enough for punters who have backed him into 10/1.
“Interest in backing joint second-favourites Stan Wawrinka and Milos Raonic at 13/2 has been mediocre, as it seems punters are preferring to take monster prices on the likes of Dominic Thiem (66/1 into 33/1) and Alexander Zverev (80/1 into 40/1).”