Vault Assault from NetEnt: Slot Review - can you crack the safe?

This slot game has been on the market for quite some time. This GamingRevolution review outlines why this slot machine can keep up with some of the newest video slots. There certainly is more behind Vault Assault than just its progressive jackpot.
casino game review netent slot machine slots vault assault

The reason why so many players are attracted to this game is instantly visible. Above the reel, the jackpot amount proudly displays and players, given that the jackpot is progressive, tend to be faced with a super-saucy jackpot amount.

Instead of the typical 5 reels, Vault Assault comes with a simplified three reels. The symbols are detailed and depict items that players can only dream of unless they hit that jackpot. 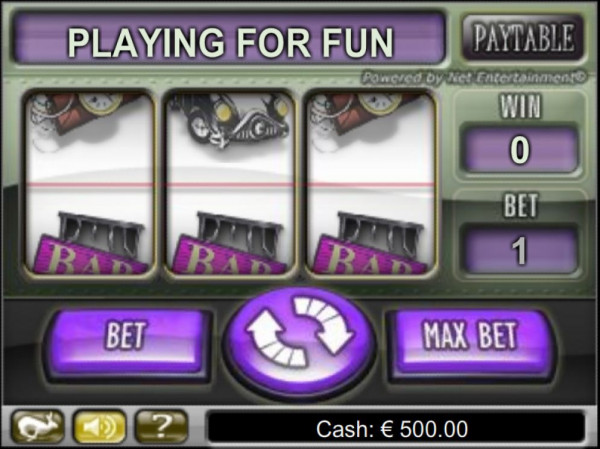 The progressive jackpot, of course. However, since it’s super unlikely (as with any progressive jackpot game) that I will hit that jackpot, I like that Vault Assault also comes with an additional jackpot. This jackpot amounts to 4800 coins, which isn’t too shabby. Given that this game requires players to bet the maximum to be in with a chance for the jackpot, the smaller jackpot should not be overlooked and may turn out highly profitable.

The design of the Vault Assault slot machine is quite different to some of the hyper-modern video slot machines currently on the market. The colour scheme may be a little dated. The silver background matches the light purple buttons, which are arguably a little over-sized; but who knows, they might come in handy after playing the slot machine for a while. In true NetEnt-style, the machine runs smooth and the design is crystal-clear.

In light of Vault Assault’s two-tier winning system, it is advisable to first check the jackpot amount that is up for grabs. Whether or not you want to go for the jackpot is, however, less of a straightforward decision than you think. It may seem intuitive to bet the maximum if the jackpot is rather large. The flipside of the coin is that it’s much more likely that more people will be rushing to play the game, and the jackpot is won before you get your turn. Therefore, it can be just as good to play with a lower bet, which comes with a higher probability for good winnings.

The coin size in the game amounts to 0.50, which brings the maximum bet to 1.50 per spin. This may help you make up your mind, as it really isn’t all too steep.

Our Verdict on Vault Assault

Vault Assault looks old-fashioned and is pretty simple. There is, however, a reason why players love to play the slot game, namely its progressive jackpot. If you are into jackpot games, this slot machine may well be the right pick for you. Despite the lack in interesting design, the robbery theme is rather cool, and somehow fitting for a slot machine in which you'd ultimately want to crack the safe and go home loaded.